December 5, 2019. Dominique’s article “What To Do When Things Go Bad: a perspective from defense counsel” was published in the Winter 2020 edition of the International Anesthesiology Clinics Journal. Please click here to read the article.

March 2019. PLG is proud to be a sponsor for the 17th Annual CCTLA Spring Reception & Silent Auction benefiting the Sacramento Food Bank and Family Services which takes place in June of this year.

March 23, 2019. Dominique Pollara was pleased to volunteer as a scoring judge for the Finals of the High School Moot Court competition held in Sacramento, CA by the Constitutional Rights Foundation. This organization provides a variety of programs for students in Civics education. For more information, please visit their website here. 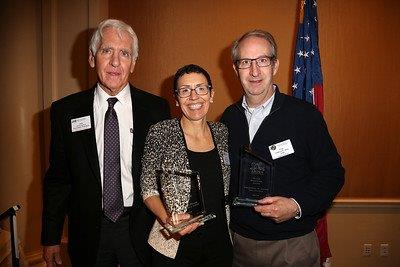 December 20, 2018. PLG is proud to be a sponsor of the reception for the second annual Cruz Reynoso Community Service Award - Defensor de Justicia. This year, the Cruz Reynoso Bar Association is honoring Dean Kevin Johnson of the UC Davis School of Law for his extensive contributions to the community.

October 17, 2018. The California Medical Board recently adopted the decision of an Administrative Law Judge recommending an Accusation filed against Dominique Pollara’s client be dismissed in its entirety following a three day administrative law hearing in Sacramento. The underlying Accusation claimed Ms. Pollara’s client was guilty of gross negligence for allegedly failing to properly evaluate a patient’s unintentional weight loss. The patient later died of pancreatic cancer.

July 8, 2018. PLG is a Platinum Sponsor for the Wags to Riches fundraising event for Scooter's Pals, an animal rescue in Nevada County, CA.

October 12, 2017. We are excited to announce that we have launched our blog!

August 30, 2017. Our thoughts are with all those affected by Hurricane Harvey. In hopes of helping the people and animals of Texas, we contributed to 3 charities that are providing relief assistance in Houston and the surrounding areas: RedRover, the Houston SPCA, and DirectRelief. In addition, the firm is matching 100% of the donations made to these charities by our employees. Please visit our LinkedIn post for more detailed information about the chosen organizations.

March 1, 2017. Dominique Pollara obtained a defense verdict for a cardiothoracic surgeon in Sacramento County Superior Court in a case involving the evaluation and treatment of a woman who presented to the hospital with a Type B acute aortic dissection.

December 8, 2016. Dominique Pollara participated as a panelist in a presentation on “Representing Physicians in Medical Board Proceediings” at the Association of Defense Counsel Annual Meeting in San Francisco.

July 28, 2016. The Nevada Supreme Court issued a decision in Humboldt General Hospital v. Sixth Judicial District Court (132 Adv. Op. 53) in a case argued by Ms. Pollara before the Court last year in a case of first impression in the state. The Court took the unusual step of granting a Writ of Mandamus and ordering the lower court reverse its ruling in a case where the lower court refused to dismiss a battery cause of action in a medical malpractice case.

The underlying case concerned a patient in whom an IUD was inserted. Approximately a year later it was discovered the IUD was not FDA approved; although it came from the same manufacturer and was produced in an identical fashion to FDA approved IUDs. The patient was notified and subsequently sued claiming defendants committed malpractice and a battery because she never consented to insertion of a non-FDA approved device. However, the patient did not attach an expert affidavit to her complaint as required in medical malpractice cases in Nevada. Defendants moved to dismiss the entire action as fatally defective due to the lack of an affidavit; the trial court dismissed the medical malpractice cause of action but refused to dismiss the battery cause of action holding an expert affidavit was not required. A Writ subsequently was taken.

The Nevada Supreme Court held that when the scope of consent is in issue; rather than a complete lack of consent, then an expert affidavit is required and because none was attached the complaint must be dismissed.

Special thanks to Margo Piscevich, Esq. and her staff in Reno. A copy of the complete decision can be accessed here.

May 20, 2016. Ms. Pollara gave a presentation at the American Board of Professional Liability Attorneys Annual Meeting Entitled “Licensing Boards for Medical Professionals.”

April, 2016. Ms. Pollara and Ms. Raven represented a Sacramento OB/GYN at trial in a medical malpractice lawsuit involving a gynecologic surgery wherein the patient suffered an unrecognized uterine and bowel perforation and presented four days later, after several phone calls to the physician, in septic shock requiring multiple surgeries and an ICU stay. The jury returned a unanimous defense verdict exonerating the physician after deliberating one and a half hours.

April 19, 2016. Ms. Pollara was a speaker at the Sacramento County Bar Association. She participated in a panel presentation on “Growing Your Practice.

February 15 and 16, 2016. Ms. Pollara gave two presentations in Fresno on hot topic issues in obstetrics including hypertensive emergencies, postpartum hemorrhage and shoulder dystocia. The presentations were entitled “Labor and Delivery in Litigation – and 11 on the 10 Pain Scale.”

December 10, 2015. Ms. Pollara was a speaker at the Association of Defense Counsel Annual Meeting in San Francisco. She participated in a panel presentation on “Electronic Medical Records – The New Healthcare Landscape.”

December, 2014. Dominique Pollara, Esq. opened the doors of a new law practice based in Sacramento, California. The Pollara Law Group represents physicians, allied health professionals, medical groups, and health care facilities in medical malpractice litigation, licensing and disciplinary matters throughout Northern and Central California and Nevada. Ms. Pollara has practiced law since 1984, is board-certified by the American Board of Professional Liability Attorneys, and has tried more than 38 cases to verdict in California, Nevada and New York.